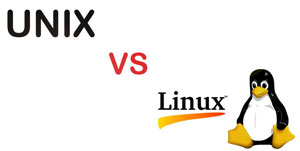 Many help-desk technicians and system administrators live in a dizzy limbo between two operating systems — Unix and DOS/Windows. Not only do they have two software environments to master, but they also have a Unix workstation and a PC to juggle over limited desk space.

From the software standpoint, Unix users often crave the less-expensive productivity software available for PCs. Running such DOS and Windows applications remotely might seem to be a good solution, but the ability to control PCs is not built into Unix.

Triton Technologies Inc. and UniPress Software Inc. have joined forces to bring a new solution to the fore — CoSession/PC2X. A recent addition to the CoSession family of remote-control products, CoSession/PC2X allows Unix users to control a PC from their workstation. The result is a streamlined work space and fewer dollars spent on PC software and hardware.

CoSession/PC2X is not the same as a DOS emulator, which actually runs out-of-box PC applications on Unix hardware. Rather, it uses TCP/IP to transmit Windows Graphics Display Interface calls and internal MS-DOS calls. This design offers speed superior to that of DOS emulators, although it’s still noticeably slower than using PC applications locally.

CoSession/PC2X is priced at $595, which includes the Unix client and one PC host. Additional Unix clients are $495, and additional PC hosts are $125.

We tested the Solaris version, which shipped in December.

We liked the way CoSession/PC2X gave us full control of the PC software and hardware, with perfect PC look and feel.

The PC component — CoSession LAN II Host 6.2 — requires additional TCP/IP protocol stack software. If you don’t have FTP Software Inc.’s PC-TCP 2.31 already running on the PC, this could be a deal-killer. PC-TCP, at $310 for a single user or $2,635 for a 10-user license, is the only TCP/IP stack that CoSession/PC2X currently supports. And, because FTP’s one-size-fits-all product offers lots of options, it is one of the more difficult stacks to install.

Fortunately, UniPress and Triton Technologies plan to support any Winsock-compatible stack in an upgrade due in the second quarter.

In addition, CoSession/PC2X currently does not support more than 16 colors; thus, 256-color video drivers cannot be used on the PC until the upgrade is completed.

Once we installed the stack and CoSession host software, we noticed the hefty price exacted from DOS memory — 93K bytes for the host, and 68K bytes for the stack. This means users will have trouble remotely running memory-hogging DOS applications. UniPress provides instructions for running the host in high memory rather than the limited 640K-byte region, but does not recommend that because it can cause the software to be unstable.

Installing the software on the SPARCstation was not difficult, although UniPress supplied no configuration script — we had to do all setup manually. Those unfamiliar with keysym tables and X libraries who experience problems may have to rely heavily on UniPress’ technical support.

We ran several DOS and Windows applications remotely. All functioned normally, but at reduced speed. For example, starting up Symantec Corp.’s TimeLine project-management application took only 6.5 seconds on the stand-alone PC, but it took 11 seconds via the remote connection. Screens also drew more slowly.

Our SPARCstation had instant access to the PC’s U.S. Robotics Inc. Courier HST Dual Standard modem. We sent mail using ConnectSoft’s E-Mail Connection, and browsed in CompuServe forums. We printed to the PC printer and grabbed files from the NetWare file server without adjustments. We even rebooted the PC using a menu selection in CoSession/PC2X. Once the PC had finished rebooting, we were able to reconnect from Unix without assistance at the PC.

Tasks we could not perform — using the CD ROM drive and running NetWare’s SYSCON, for example — were mostly related to the lack of DOS memory. Contrary to information in the documentation, we also could not connect to the PC if the PC was already in Windows — only if it were at a DOS prompt. UniPress technical support suspected there was a configuration problem with our test PC.

An interesting feature of CoSession/PC2X is an interactive-chat feature. The remote connection piggybacks on the I/O channels, so the PC user and the remote Unix user can take turns controlling the keyboard and mouse. This creates a simple interactive session without the need for telephone conversation — just open up Notepad, for example, to chat. Each user must wait for the other to finish, however, or simultaneous mouse movements skew the cursor position and keystrokes can become garbled.

Help desks can also connect with their users via the Internet. Although CoSession/PC2X does not currently support serial connections, direct TCP/IP-to-Internet connections will work.

This entry was posted in Admin Tips. Bookmark the permalink.

One Response to Unix On Windows Action: It’s Real, Man